REFLECTING ON HIS RESIDENCY | PETER MOLESWORTH 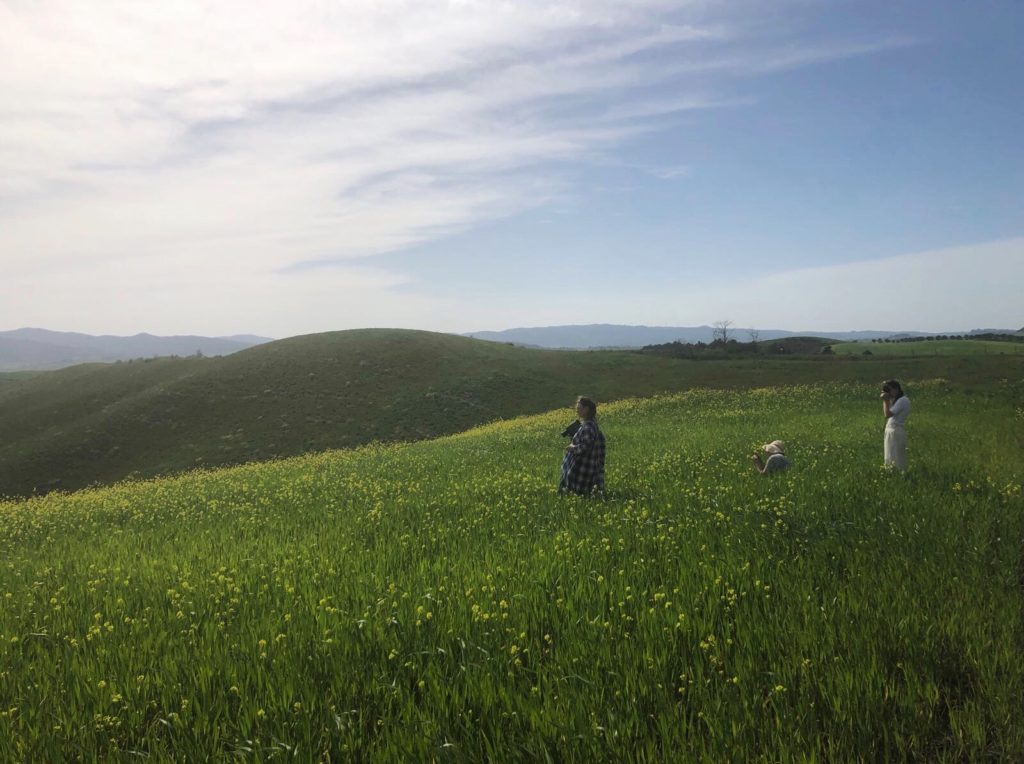 At this point I am almost certain that I will not be able to give you what you want with my journal entry. The more words I assign to my experience, the less effectively I can communicate it. In fact, it is maddening; to spend so many hours reflecting, writing in search of some grand metaphor, to repeatedly think I’ve finished only then to erase the hundreds of words I have cobbled together and begin another new attempt. Each time I think I’ve finished, I’ll feel a small relief, eagerly reread the piece, realize I’ve failed, and then delete everything in a haste to begin once more and waste another thousand inadequate words.

Perhaps it will take more time for me to fully understand my time at the villa and be able to reflect on it with more precision. I collect fragments of my experience there, I stumble upon them day to day, but when I piece them together, they seem an incomplete or incoherent reflection. They don’t suffice our purposes—the fragments—is what I mean to say.

What should I write about? The poetic surroundings I fell in love with, for example? The bright red poppies that seemed to wave hello as they bent in the April breeze—the bees that hovered by the rosemary bushes, the peaceful olive grove that I would sit beside, the lapping of the fountain just beyond my window—the sun… I’ve also been tempted to describe, in detail, each one of my fellow residents. Their quirks, their work, what they were good at cooking, what I learned from them. The incredible fact that for the first week, over twenty of us managed to share one sharp knife in the resident kitchen. I’ve wanted to simply transcribe our conversations from my memory—but it was anything but simple, it was an impossible task. It was laborious—I couldn’t capture what was said, or at least, I couldn’t economically communicate their significance. The conversations seemed quotidian in retrospect, like you could have them anywhere, with anyone. And yet I know they weren’t—so I’ve stopped trying to wring meaning out of them. They work better inside my head. I’ve been tempted to address how it was at Villa Lena that I finally accepted that I was an artist at all. That I had not truly believed this until I arrived there and spent that month with the others. This might be profound, but only to me, no? Who really cares how I feel about myself?

If the purpose of my journal entry is to create a testament to my experience—to either entice other artists or attract the guests that interact with them to come to the villa—I’d like to fulfill my purpose. I want desperately for other artists to arrive in Palaia as I did, for guests to come and meet them, participate in their work when possible, reflect among the beauty. It is important to me that others do this, that the villa is attended whenever possible. And so what I mean to tell you is, I fear my personal discoveries might mean little to someone else in a journal entry, or, at least, it would take me an entire novel to grow tethers between the reader and the characters of my journey, the lessons I learned, the things that I saw. I can’t explain Villa Lena. As I said, I fail when I try—what I’ve settled to do is communicate the bewilderment I feel in reflecting on my month there. To express the absurdity of attempting to collect my experience in a jar, or a journal—fitting everything I felt inside such a limited space.

I said this in my last letter to you: “I think I know, in essence, what I’d like to say, though admittedly it is difficult to articulate. It is more of a feeling I had while I was there, a feeling I have found myself chasing ever since I left.” Let me expand on that. Yes, it’s true Julia, I have been chasing this very feeling since I left Villa Lena. There have been moments where I’ve found it, and moments where I haven’t. It is a feeling hard to place, I cannot assign it a location in my body, nor can I assign it a duration or intensity. I simply recognize it when it arises, a kind of energy that touches me, that syncs with me, when I am not disturbed by even the fly that buzzes by my head.

A door bursts open, or a window—or is it that light is flooding out of me? Am I the center, the origin, or am I the destination? I can’t tell. But I chase the feeling. I open myself up to it whenever I can. Words like productivity and flow have come to mind, but the first feels like a word that belongs to corporations and not to the artist, so the other feels perhaps closer and yet still too elusive, elusive to the point of being impossible to discuss intelligently. When you’re in the zone, when you’re unencumbered… When the work just comes out of you. It is an easefulness I felt, a kind of relinquishing of my ordinary anxieties; an acceptance of the now, of my place in the world, of the obstacles that might usually disturb me.

I’ll tell you a story, briefly, something small that happened to me at Villa Lena that I attribute to great significance, for whatever reason. It was one of my last mornings in my studio down in the artist village; well, Zoe Ghertner’s studio—I had taken it over after she left. It remains a mystery to me whether or not she herself had tacked up the arrangement of red leaves on the wall, or if they had been there all along. I remember I was always happy to be there, the leaves were scattered so tastefully.

I was waiting for either Nadine or Beth to visit me… Our conversations always stimulated my writing, more specifically, large swaths of newly generated text, and so in the meantime I was editing a longer piece of prose as I waited. I had the doors and windows wide open, welcoming them—perhaps even begging them to come join me. If they saw my doors wide open, they’d receive their invitation. I could hear the birds chirping. It was a sound I listened for these days, whether I was in my room at the residence, in the studio, in the attic, outside having lunch… It was a comforting sound as I waited. My eyes darted between my screen and the doorway. I was easily distracted, fiddling with a bag of rice crackers and a mealy green apple that had been sitting on “my” desk since I inherited the space.

Two small swallows flew inside, instead of Nadine or Beth. I smiled at first. They hovered near the buttresses of the ceiling. They’d perch, then fly again, then perch, then swoop down and bump into each other clumsily. After only about a minute, though, their flapping aggravated me—I had admired their chirping when they were outside my studio, but now, they were flying anxiously around the ceiling, beating their wings loudly and frightfully, their melodic chirps sounding more like short and dissonant screams. They had no idea how to escape the room and I became almost furious with them for it. Can’t you see the outdoors? Don’t you understand light? The music that had been trickling out of my laptop, David Bowie’s Let’s Dance, vexed me—as if disturbed by the unrest of the birds—as if the notes themselves were bending and sharpening by the sound of shrill swallow squeaks and rustling feathers. They’re going to shit on me, I thought. They’re going to shit on me and my books, my writing, the apple I have not eaten.

Then I began to laugh, it was a swift transition, ah, I was so unhinged, so buoyant those days, so unencumbered, skipping from one emotion to the next like a flat rock leaping across a pond. How was I upset with the trapped little swallows? Why bother wasting my energy this way? I was my own inhibitor, and not the frightened birds. Observe the birds. See what they do.

I’m not sure why I am telling you this story other than to say I believe this interaction between the swallows and I could only have happened there, at the villa. I wonder if it had happened here in New York, would I have left the room? Would I have attempted to shoo the birds out with a broom? Would I have shouted at them? What would I have done, had I not spent the month before in that place, with those people, doing the things we did?

I’m sorry I cannot give you something more defined in my reflection, Julia… I hope you can at least attribute my ramblings to an intense desire of mine to leave behind something meaningful—something that accounts for my formative experience at the villa. If I could name what it awoke in me, I would. If I could list how often I think of my time there, I would. If I could only show you my heart, how fast it beats when the images of that unforgettable month flood my mind.

For now, please accept my apologies—that I cannot complete this task in a more deliberate and legible way. I can certainly supply some pictures from my time there.