Villa Lena cultivates both nature and culture, exemplifying a new way of living and holiday experience. The Villa Lena estate is located in the Province of Pisa, secluded amongst 500 hectares of woodland, vineyards, olive groves and organic vegetable gardens. A 19th-century villa sits at the heart of the property, originally built for an Italian aristocratic family. It now houses the Villa Lena Foundation and artist-in-residence programme. Surrounding the villa, converted historic agricultural buildings—former farmhouses, stables and hunting lodges—house guest rooms, apartments and shared facilities. 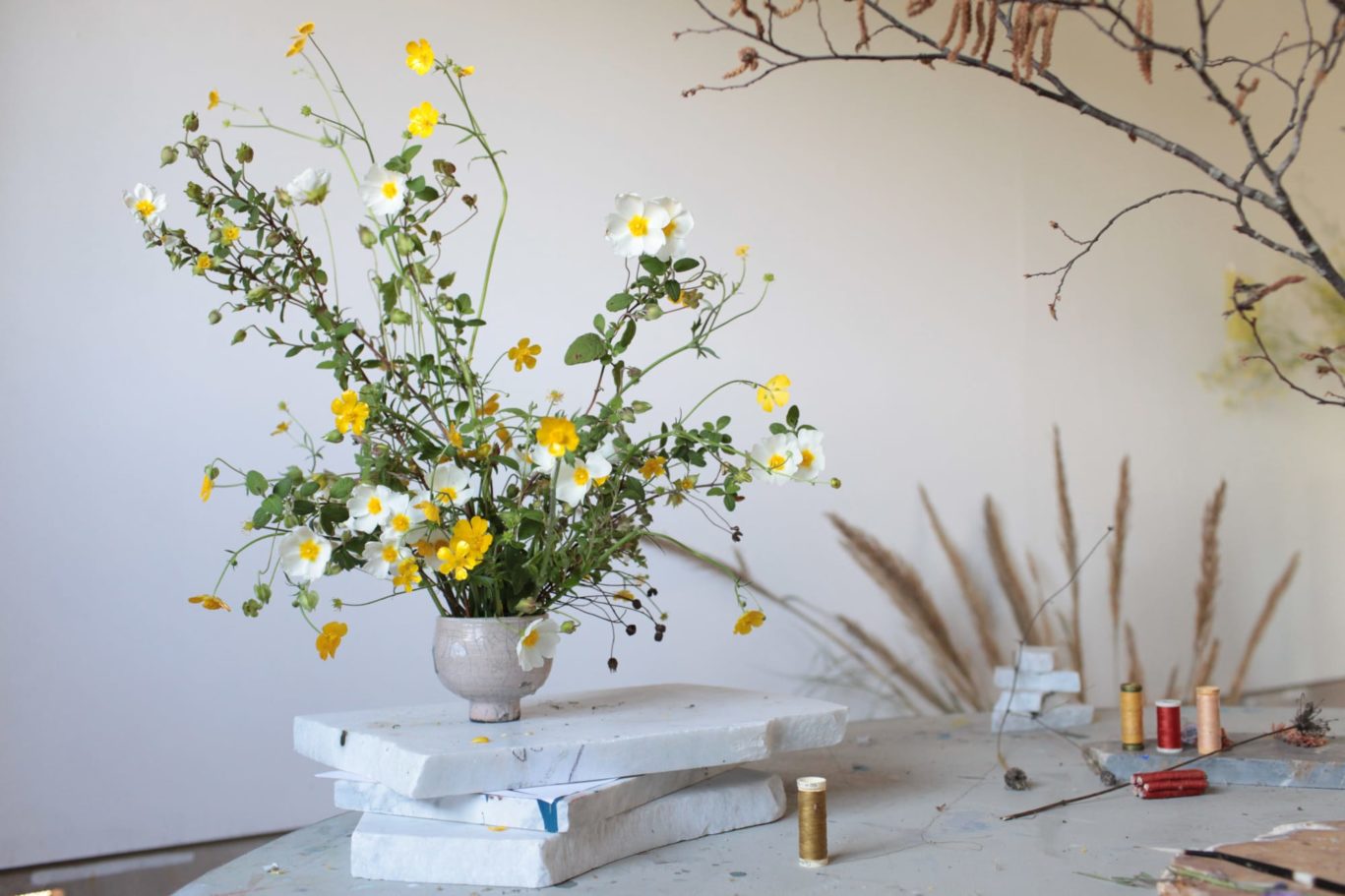 Creativity and collaboration underscore life at Villa Lena with a programme of events ranging from artists’ talks to children’s activities, al fresco film screenings to cooking workshops and candlelit concerts to poolside DJ sets. Guests can spend their days exploring the woodlands or visiting nearby legendary towns and cities such as Lucca, San Gimignano, Siena or Florence. They can also learn to make fresh pasta, forage for truffles, socialise over cocktails or simply relax poolside. Each evening guests and artists gather in the restaurant for a communal dining experience based on a seasonal organic menu that is rooted in Italian cuisine. 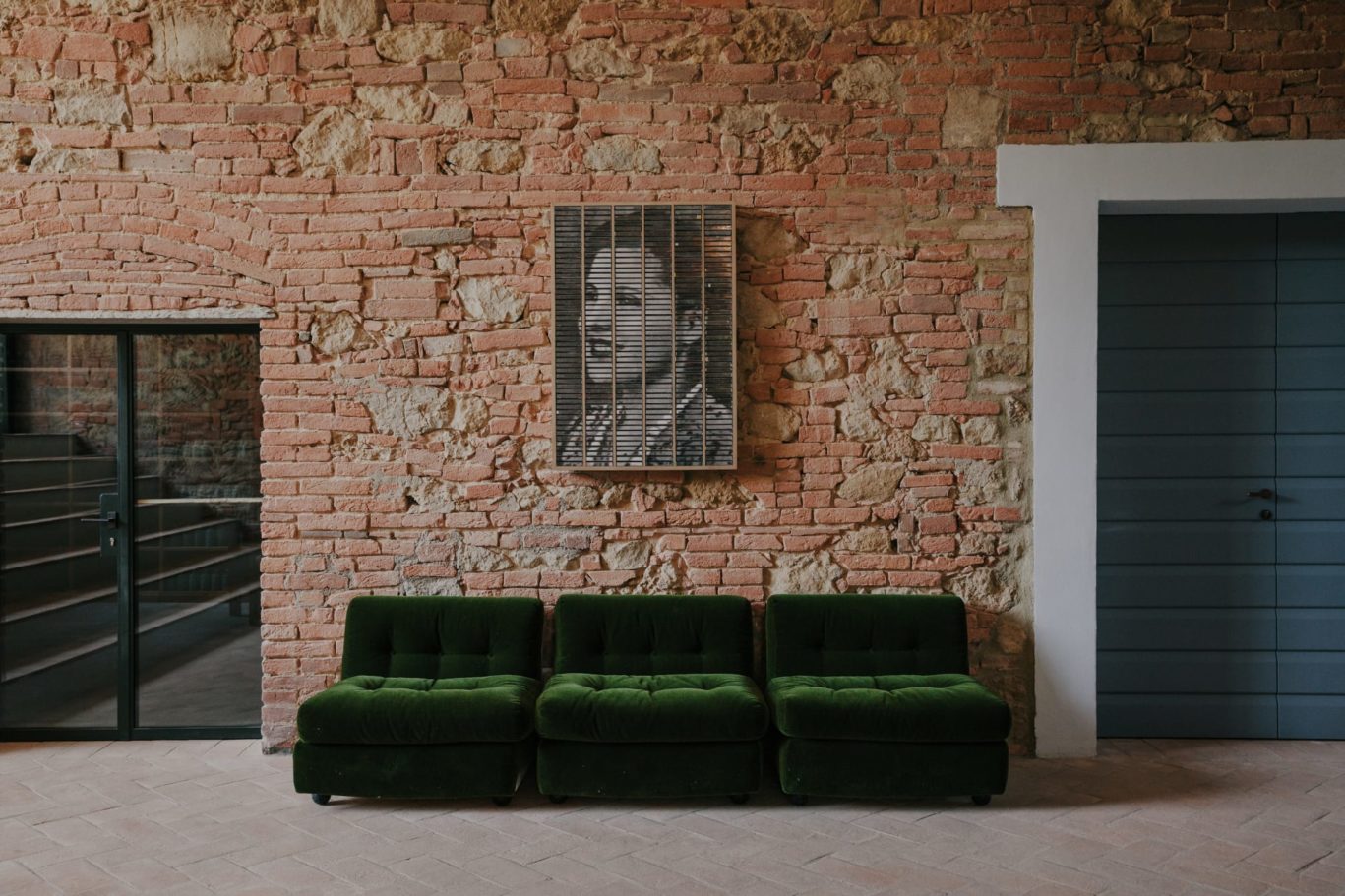 The area of land on which the villa is situated is named San Michele, after the archangel to whom the chapel inside the villa is also devoted. The estate was purchased in the 19th century by an Italian aristocratic family, Augusto and Tereza Del Frate. The neo-Renaissance villa was completed in 1890, and a member of the family completed the frescoes with some of the female family members immortalised on the ceilings. The villa experienced its heyday in the early 20th century, becoming a favoured spot for parties and meetings and a major centre for hunting, until the original owner died in 1931.  Eventually a bank repossessed the whole property after the son of the owner fell into substantial debt. The property was then purchased by San Giorgio di Roma Bank and redeemed by Mr. Luisi a few years later. Numerous property transfers followed throughout the decades.

"the romance of the Tuscan terrain is married with contemporary culture, their Villa Lena Foundation a non-profit organisation committed to supporting creative disciplines" 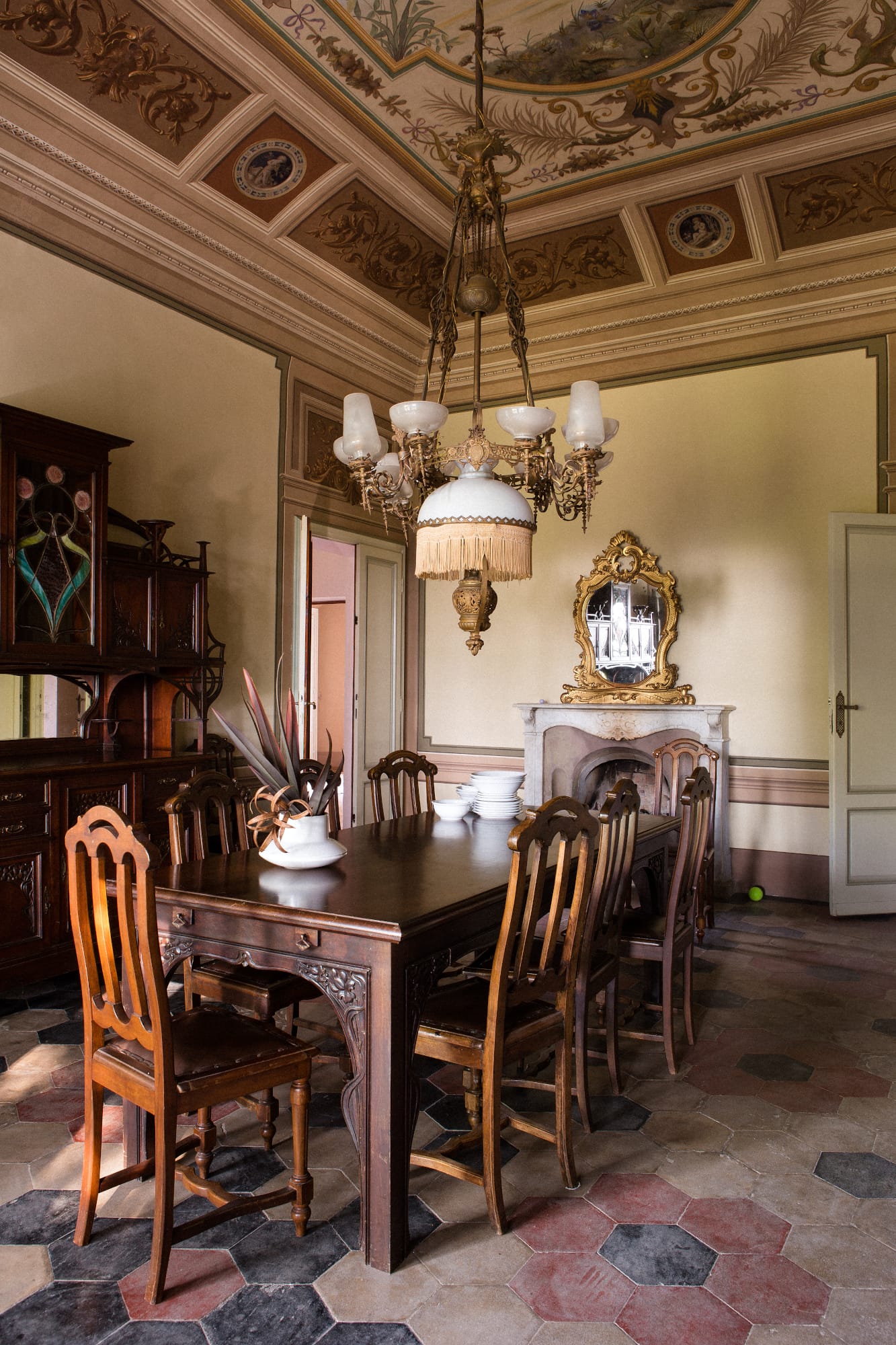 The current owners bought the San Michele estate in 2007, in a state of extensive disrepair. Art world professional Lena Evstafieva, musician and producer Jérôme Hadey and Parisian restaurateur and nightclub owner Lionel Bensemoun combined their respective skills and knowledge to redevelop the property and founded Villa Lena Agriturismo and Art Foundation. The project started with an idea to bring their experiences in music, art, entertainment, film, fashion and other creative fields together in one place and create a unique kind of Tuscan retreat. In 2013 the property was reopened as Villa Lena Agriturismo, with a soft opening that offered guest apartments and creative residencies to their family and circle of friends. The concept and the estate continues to develop over the seasons, creating an environment where guests and artists from different backgrounds can come together to relax, create and be inspired. 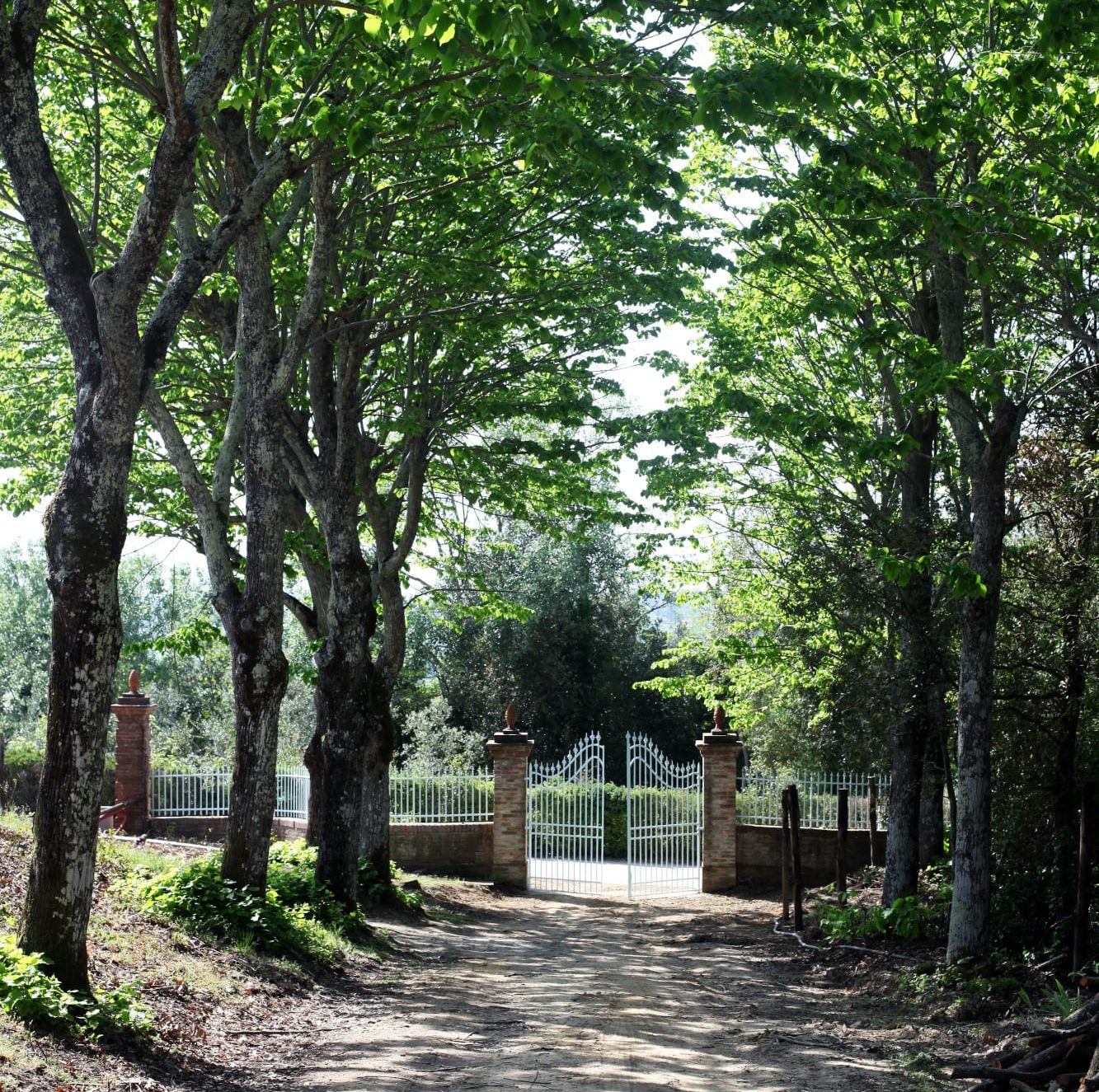 Toiano Vecchio is a medieval park a short walk from the central hub of Villa Lena, that was renovated in 2017. Once the site of a medieval castle, it has seen various transformations over the centuries. The original castle collapsed during a violent earthquake and the larger stones were used to build the nearby 19th-century villa. The park centres around a hill, one of the highest points in the region with a wooded walkway up to it. The park has been used for various activities over the years, from horse racing to exhibitions. It features an ancient fountain, a curious shell-clad grotto and our largest organic vegetable garden. Previous artists-in-residence and landscape designers Jocelyn Oppenheim and Kate Smaby oversaw improvements including the Sunrise and Sunset terraces that allow guests to take in the beautiful vistas. It’s the perfect spot to let dogs run or enjoy a picnic with a breathtaking view.

The park is open to the public on Sundays during designated hours, and open to the hotel guests throughout the season.

Our Creative Retreats are for curious, environmentally-minded and adventurous travellers looking to awaken their creative spirit and meet like minded people.

See what our guests see.