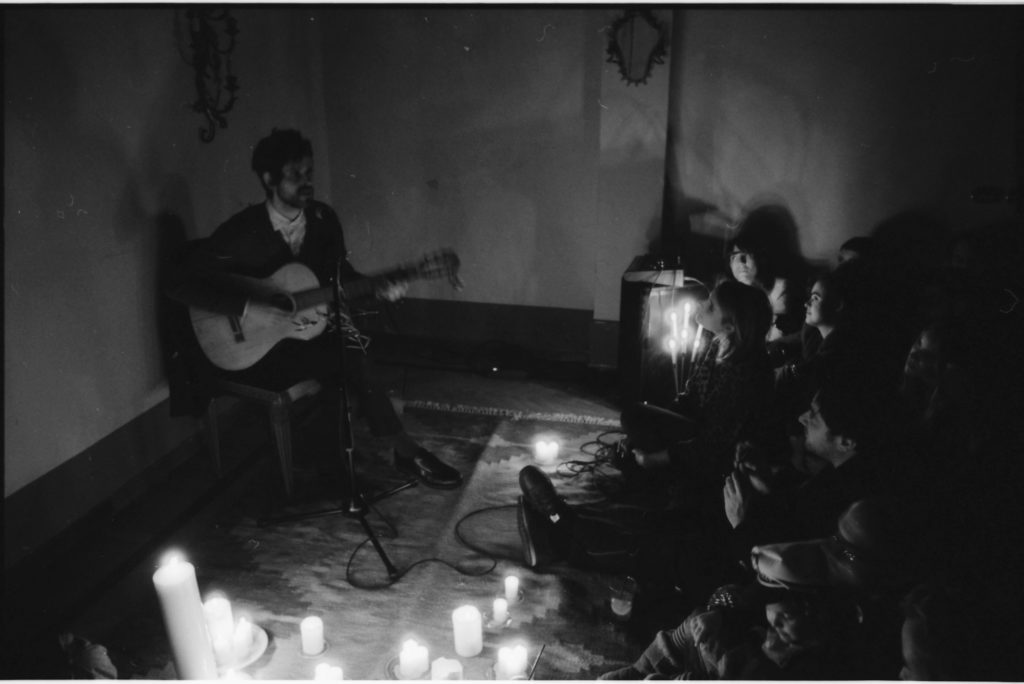 by James Gregor, writer in residency 2015

Some did. Some did yoga. Some had breakfast with alluring guests at the hotel.

The bottles of natural wine from the nearby vineyard were arranged on the long table inside, awaiting the return of the artists. Nature was outside, and culture was down at the studios. At the end of the day, the international posse returned from the studios, walking up the road with news of creation.

“Art is about making things,” someone was heard to say.

They cooked, and culture followed them inside. They spoke, and culture was in the air. Inside, culture was international, and outside nature was Italian. They brought truffles and olives from the olive groves and the bottles of wine waited on the table.

The photographer had an idea, and slipped back to the studio. The rest of them sat and wondered when the next idea would strike. Smoke drifted. The writer ran off to his room but forgot what he was going to say when he sat down at his desk. A conversation began between different nationalities working in differing media, and a resolution was found to a problem of style. There was talk of returning to the studio, but the dark was falling – and wild boar in the wilderness made the normally-courageous artists hesitate.

They sat outside with glasses of Aperol spritz and guests from the hotel appeared and joined them. Impressions were exchanged.

The sun set over Tuscany. The geckos retreated for the evening. The artists, separately, wondered what the wild boars were doing down in their groves. They went inside and sat down at the table and opened the bottles of natural wine that had been waiting. The British painter sang. They brought news from their own minds, communiqués of creation and frustration. They argued fiercely about progress, arriving at identical conclusions from divergent premises, disagreeing to agree.

They drank their wine, ate their truffle risotto, and played a game.

In the morning, it all began again.