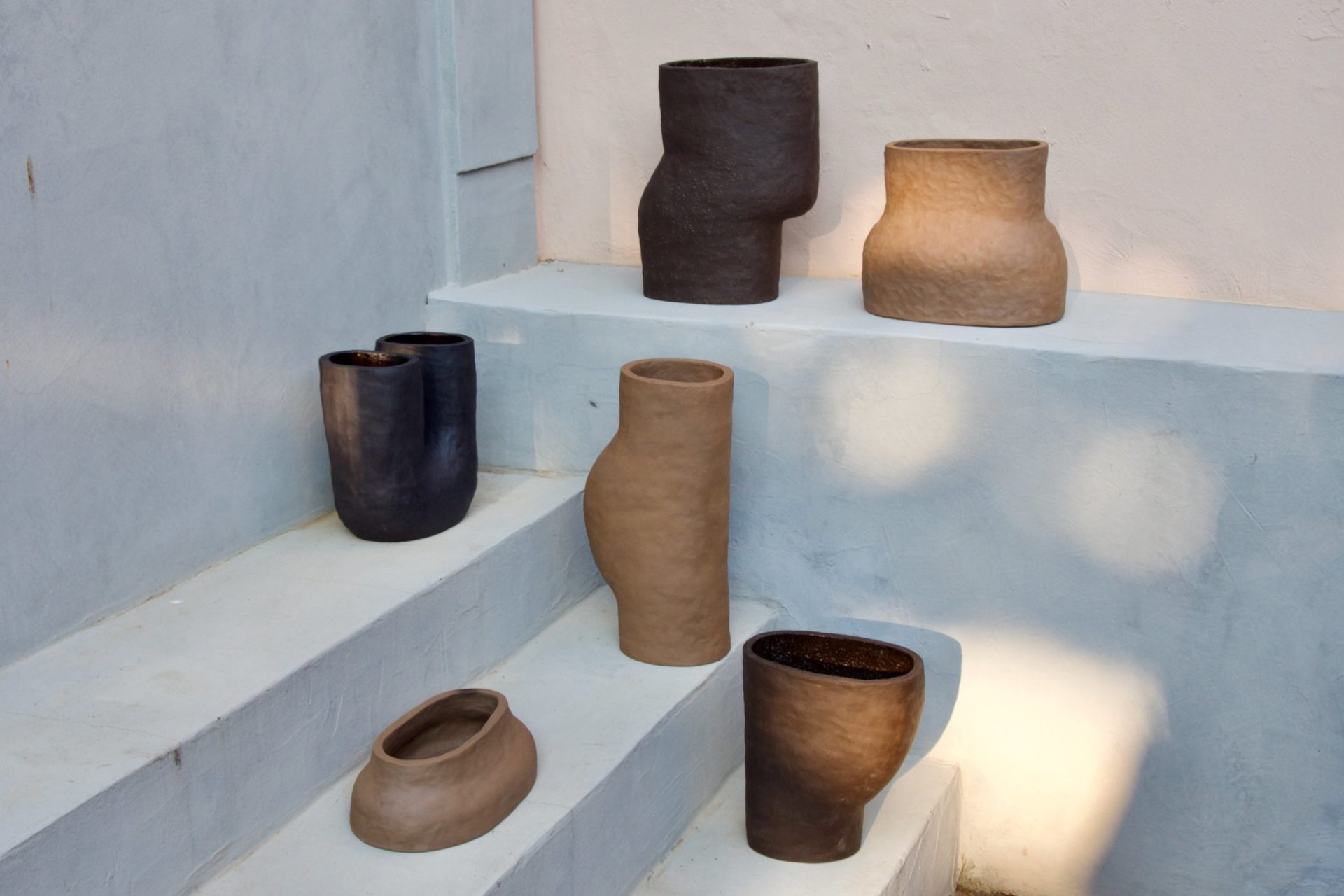 Every year, artists from across all disciplines join the artist residency programme here at Villa Lena, where they spend a month in the Tuscan countryside and are given valuable time and space to focus solely on enriching their practice. Every group that has come and gone this season has been remarkably different, but what appears to remain a constant is the fascinating way in which each artist – regardless of their practice – reacts to such a drastic change in context, and how their work is influenced by Villa Lena’s dramatic surroundings.

This departure from the everyday is vital to the residency, and is what continues to generate new creative outlooks, unparalleled research and exciting new impulses.

At the end of each residency, every artist is asked to leave behind a ‘trace,’ or an artwork that they created during their time at Villa Lena. These donations become part of the ever-growing Villa Lena art collection, and are displayed around the hotel and grounds. We caught up with six artists from this season’s residency programme who spoke to us about their traces, creative approach, and how being at Villa Lena affected their practice.

Amsterdam-based designer Elin Visser is fascinated with material, colour and the human body. With a conceptual approach and a keen eye for detail, she dives into research and materialises this into projects that above all, aim to start a conversation. During her time spent on the residency, Elin created a ‘family’ of hand-built sculptures entitled ‘Il Corpo Della Terra,’ which literally translates to ‘The Body of the Earth.’ Inspired by Tuscan stones she found around Villa Lena’s grounds, Elin moulded simple, earthly shapes that invite you to touch and feel the natural material, the exterior of which she chose to leave unglazed precisely for this reason. “‘Il Corpo Della Terra’ is based on an intuitive way of creating,” Elin explains.

“Inspired by Tuscan stones and shapes, I have let my hands lead me to the sculptures in an organic way. When I look to the shapes I feel very connected to them, since I built them layer by layer by hand.”

“Every layer gave me the time to reflect, to look, to feel, until slowly the final shape emerged.”  In this way, she continues, the works “feel like bodies created by my own.” 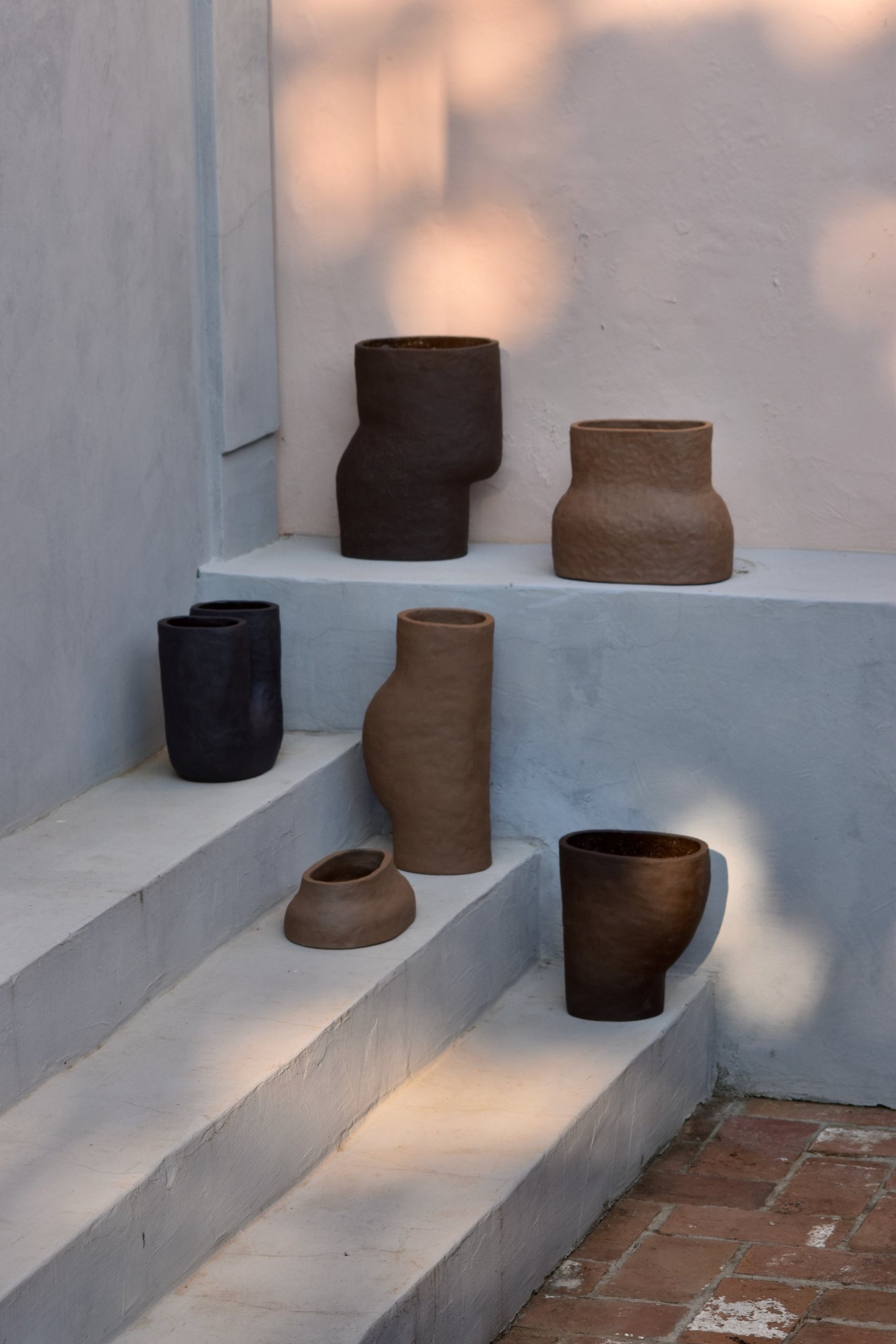 For London-based artist Will Peck, whose work focuses on an examination and deconstruction of processes of recording and observation, spending time at Villa Lena gave him the time to explore a more hands-off working routine. During his time spent on the residency, Will produced a body of work entitled ‘Night Scans,’ where he placed a flatbed scanner outdoors  overnight, making sure to leave the ‘on’ button active. By doing so, Will explains, “the device’s light sensor, as well as being an office tool, acts as a beacon, using its physicality to capture momentary glimpses into the lives of spiders and light-seeking bugs.” Throughout the residency, Will ended up experimenting with different areas within the villa’s grounds, setting up devices that would then autonomously respond to events over time. For Will, being at Villa Lena meant “finding, capturing and using new imagery based on insects, swimming pool water & digital printers located in the area.” 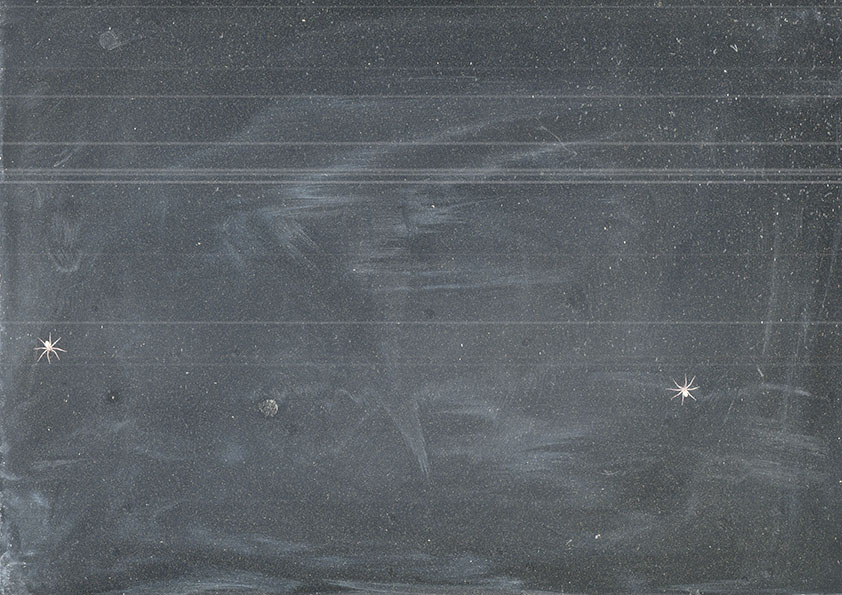 On the last day of his residency, I watched as French-Italian artist and JR student Tiziano Foucault-Gini presented his ‘trace’ to the subject of the work itself, Villa Lena’s adored head gardener, Gigi. An exceptionally talented draughtsman, Tiziano chose to draw Gigi’s face, working long hours to capture his instantly recognisable expression. The result is so detailed, it could easily be mistaken for a photograph. It is needless to say that Gigi was incredibly moved upon seeing the portrait. “This project was born thanks to the relationship I formed with Gigi during my time spent at the residency. After spending time with him while working in his fields, an intimacy was created between us,” he continues. “My intention was to give more importance to a subject which is usually little considered through my work. Through a very slow and precise process, I wanted to give all my energy to represent Gigi – who creates life, who allows plants to grow, and who, in this way allows everyone to be fed. For me, if Villa Lena had a face, it would without a doubt be Gigi’s.” 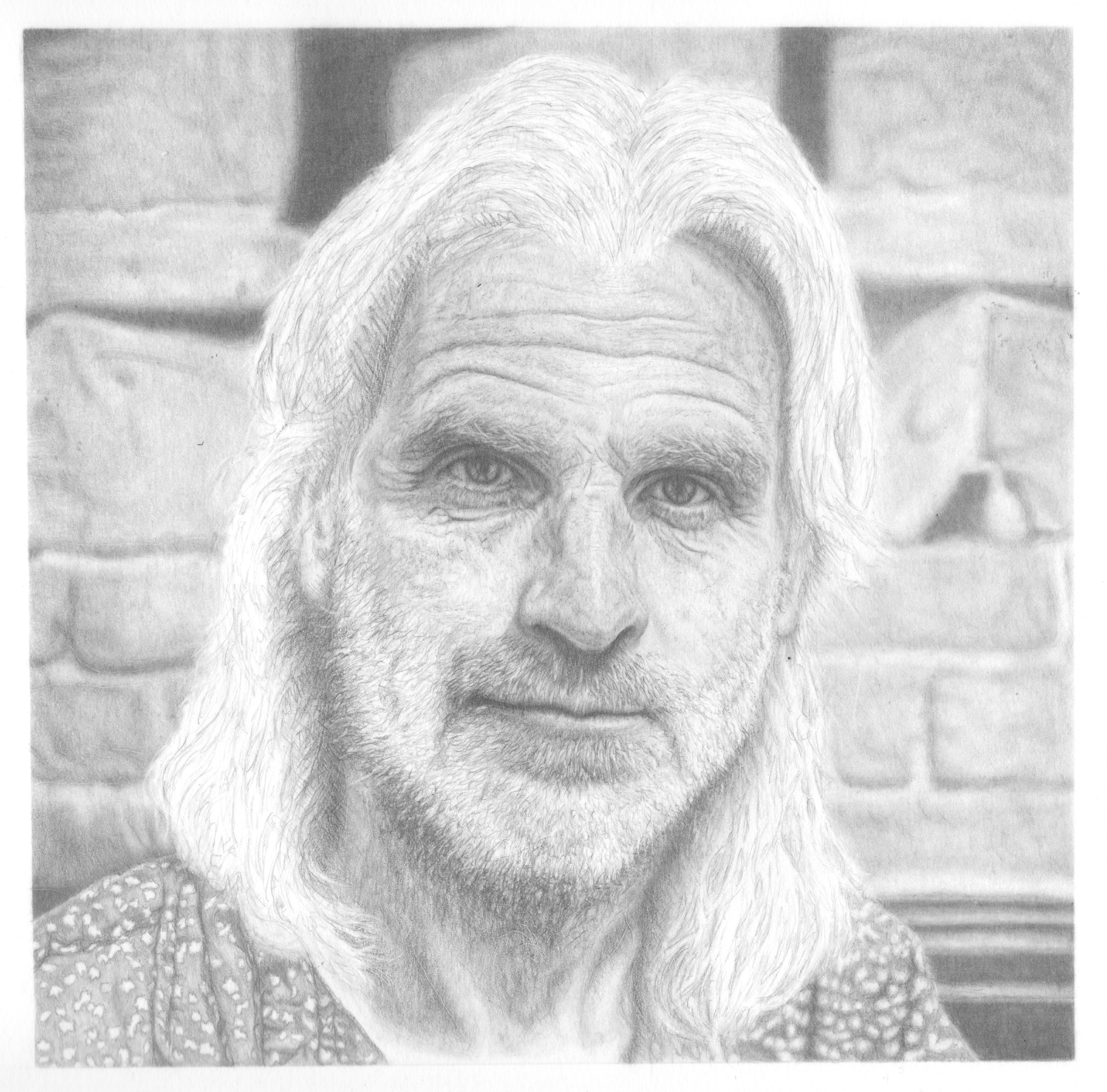 For British artist Emily Ponsonby, coming to Villa Lena meant leaving her classical training behind in order to explore large-scale, abstract works in which she let ‘“impulses lead the way.” During the first few weeks of Emily’s residency, she focused on painting beautiful scenes she encountered around the 19th century villa using beeswax and oils. Soon after, however, she began to feel that she had to take advantage of the freedom her studio space and the five-hundred hectares of nature that make up the estate provided.

“I worked from above, allowing for no distractions, like a hovering kite above a meadow. It was the energy of long necked grasses dancing in unison in the breeze and catching the evening Tuscan sun, the fireflies blinking in the valley at night, the dappled shadows and the quivering heat that have inspired my Villa Lena series,’ Emily explains.

Her donation to the Villa Lena collection, pictured below, is entitled ‘Pleu d’été,’ or summer rain. The work, as Emily puts it, “hopes not to just capture a scene of summer in Tuscany, but rather, its essence.” 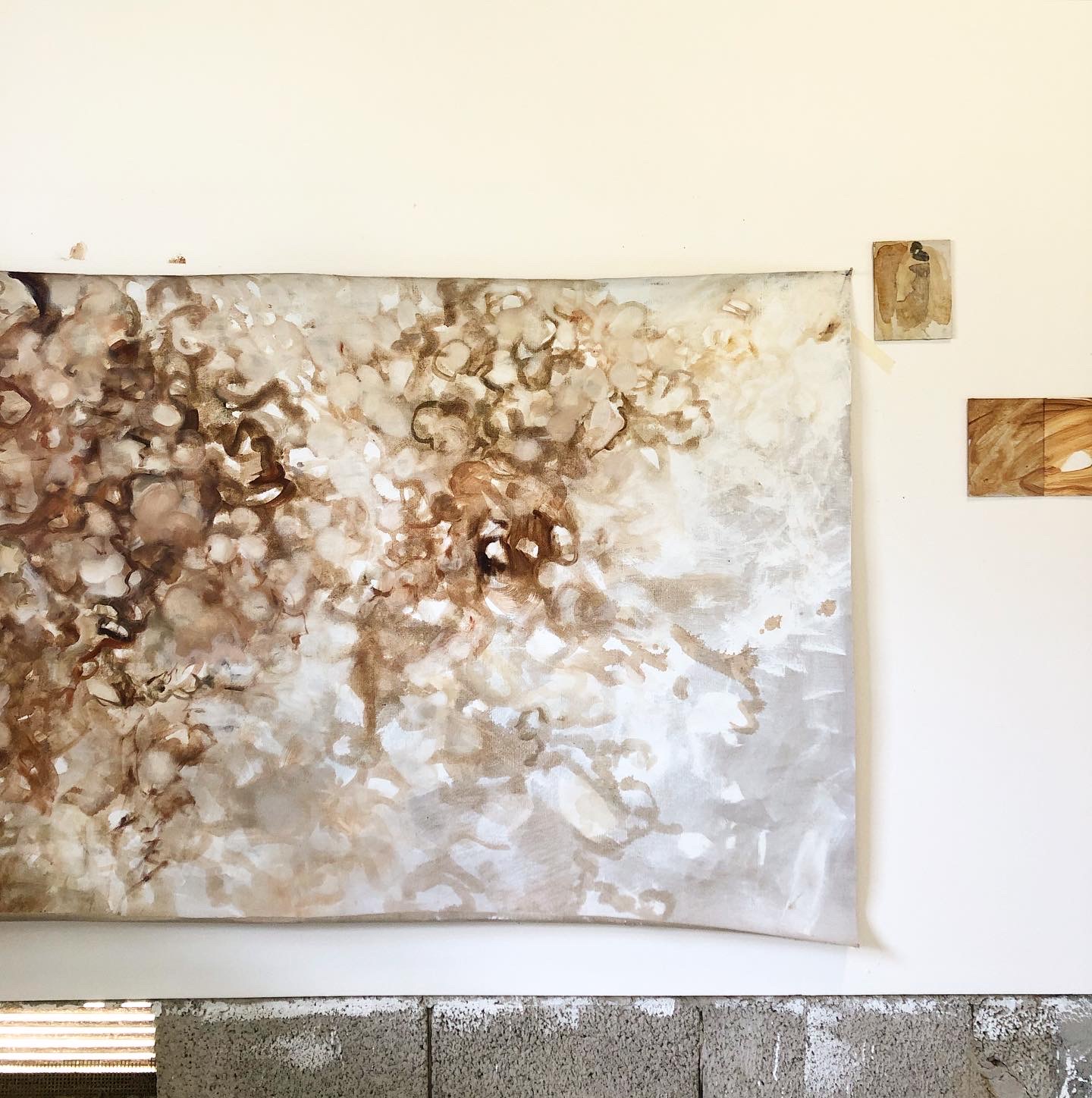 As part of the artist residency at Villa Lena, German creative duo Nadine Göpfert and Till Wiedeck designed a series of seven side tables entitled ‘Matiére 1-7.’ Each piece is constructed from repurposed stone and marble pieces found around the vast grounds of Villa Lena. “Following the Matiére method invented by Josef and Anni Albers at Black Mountain College, the series is defined by a spontaneous, intuitive and material driven process of creation,” Nadine tells me. “The combination of raw and refined materials that over the years have captured a vast history of interactions with residents and the Tuscan nature alike, perfectly reflects the aesthetic and design ethos of Various Objects,” the creative couple’s joint project in which they collect and curate objects and furniture that are then made available for purchase and hire. 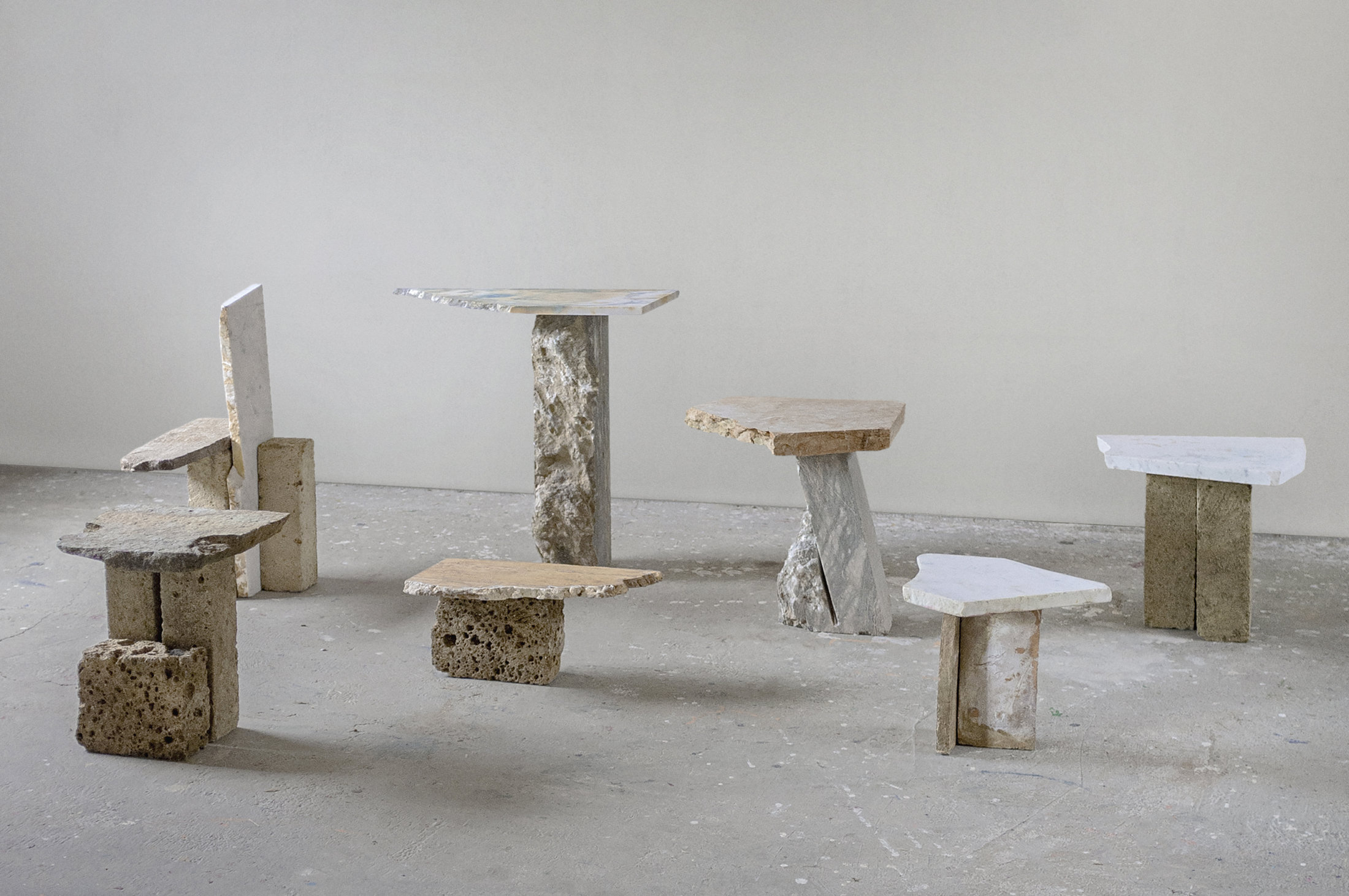 It is wonderful to watch an artist’s reaction when they are shown their studio spaces here at Villa Lena for the first time, which are larger than most city-based studio flats.  The most satisfying reaction so far was undoubtedly that of the infinitely humble and hard-working British artist Lydia Blakey, who used her studio to produce a remarkable amount of work while on the residency. Lydia uses paint both to reflect the present and as a medium to respond to popular culture. Her donation to the Villa Lena collection is a charmingly humorous painting entitled ‘Sun Salutation,’ featuring a hyper-realistic whippet she encountered while strolling through Palaia, a sleepy, quiet town near Villa Lena.

“Painted on a warm pink underpainting which glows through, the work mirrors the warmth and energy of the location,” Lydia explains. “The local [whippet,] who was captured in multiple poses on a warm summer’s day, is stretching out, similar to a downward-facing dog pose performed during a yogic sun salutation.”

Much of Lydia’s work uses photography as a reference point, but when it came to painting ‘Sun Salutation,’ Lydia stepped away from the initial image through the painting process to ensure that the final result remained ‘painterly,’ suspending the image in time for the viewer’s contemplation. 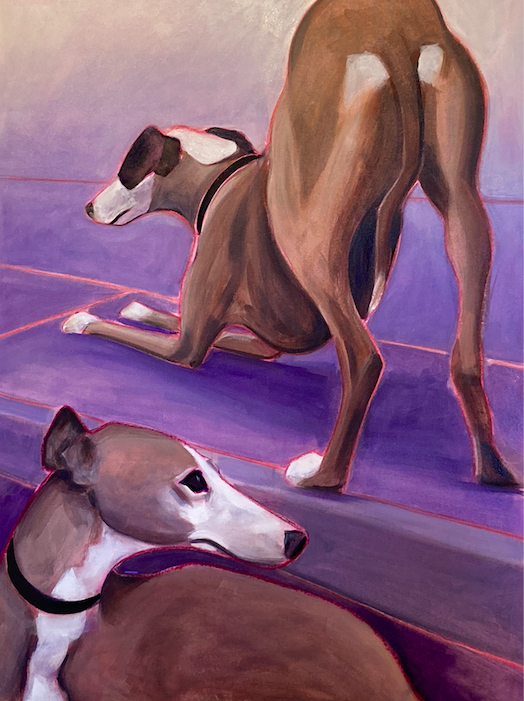 The fact that art residency programmes are enormously beneficial for artists is arguably  indisputable, but watching the transformative effects being at Villa Lena has had on many of the artists that have come and gone this season has been nothing short of a great pleasure. Find out more about the Villa Lena Foundation here