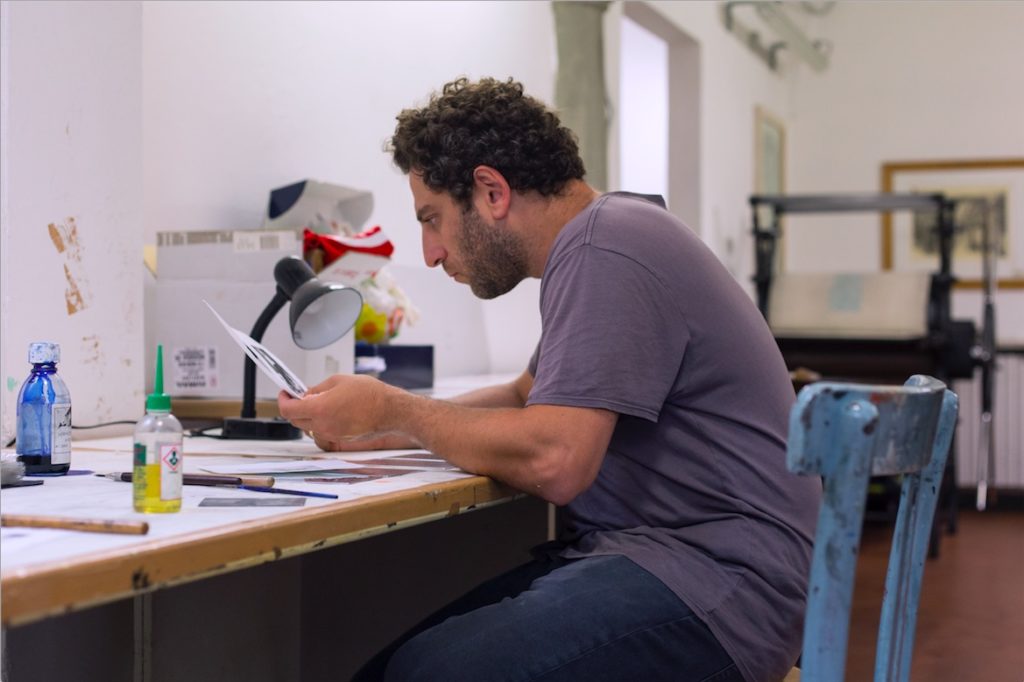 Since 2013, Villa Lena Foundation has established a working partnership with Il Bisonte print studio in Florence. Il Bisonte was founded in 1959 by Maria Luigia Guaita, who with the support of a group of Florentine intellectuals worked with a great diversity of artists and brought print making into the spotlight in Florence.   Many artists, both italian and international have worked at Il Bisonte. Among Italians: Maccari, Bardini, Mattioli, Faraoni and Annigoni, and non-Italians: Lipchitz, Chadwick, Calder, Sutherland, Wunderlich, and Moore, to name a few.

To date over twenty visiting residents have worked with Il Bisonte to create limited edition prints for Villa Lena Foundation. The techniques involved with creating an etching have changed little in the past fifty years and the process is a laborious but meditative one. The artists’ experience the tutorage and expertise of the team in the historical studio, and the resulting prints (Editions of 35 + 5 AP) are sold to benefit the foundation.

In 2016 artists Kon Trubkovich (b.1979, Russia, lives and works in New York, USA. Resident in June/July 2016) and Craig Fisher (b.1976, UK, lives and works in Nottingham, UK. Resident in October/November 2016) were two of the residents who made limited editions. Kon worked on a portrait of his wife, Alex, using two plates – one so soft it recorded fingerprints, the other creating more traditional hard lines. Craig also used two plates but in this case each used a different colour, a soft pink and navy juxtaposition which was hugely successful and evocative of the Toiano scenes that inspired it (Toiano is an abandoned village close to Villa Lena: a source of great intrigue and inspiration!) and Craig’s studio practice.