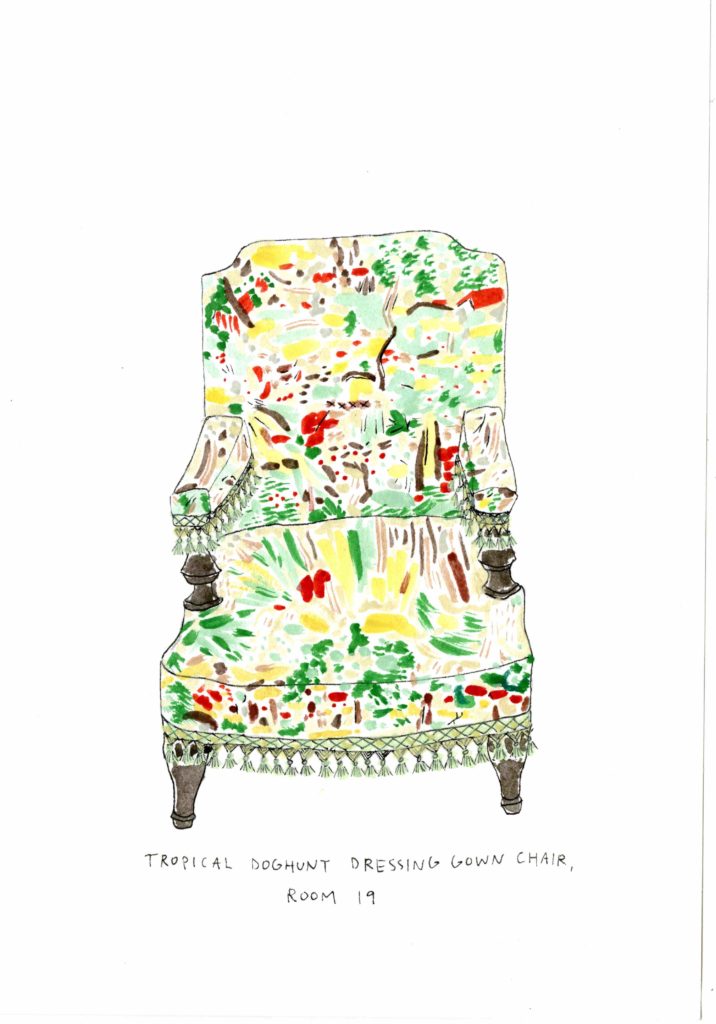 7 Maggio
Claire, clairvoyant, is the moon. Wild, translucent feminine. And Carlos the fool. It is not lost on me that when I see him today he has a walking stick just like the man on the card, that he goes everywhere, forgetting his tongue, talking, taking, moving. And his luminous moon, silvery tall like a crescent bent over him and all-knowing through all-feeling. They have a flesh-pet, their dog, and a spirit-pet – a baby soon.

It is not lost on me that as soon as I was at last ready to plonger, the rain had begun in earnest, smattering the terra cotta leopard. Personne à la piscine, except me, Pauline à la Plage. It is the card La Lune, the tarot come true again. All water and a lone female. Water below, a strange lonely pool-dwelling creature, here a floating inflatable horse & on the card a lobster – who mates for life, soft inside their carapace. Water above, from her eyes, exploding. Sipping, sopping, freedom.

It is not lost on me that as I do laps I find in my body the wish cast in West Hollywood: get me out of here, take me further. I think of the War of Art: you get out what you put in. I put in. Even exchange. And I got so much out.

Richard spent Christmas in the hospital when he was 14. He only could go home for 4 hours. Because of a blood disease, maybe meningitis. I had a rash everywhere. It can weaken you, he says, i’m still getting stronger. I can’t remember it. I remember having to be in this room on my own. My sister coming with her friend. A sickly child. And then my friend visited too. Put on a Michael Jackson cd – Earth Song I think – I had my own tv, though, that was quite good.

Laura had a bike accident, had her spleen out. It also makes you a bit stay-inside as well, never go out & play with horrible children, she explained.

It’s not lost on me that I lost my keys. Now I must engage with the world in a different way than planned. Locked from internal room. You’re enfermé dehors, dit Paul. He understands “lost things” – go back the exact path you walked, he tells me. Jupiter is the biggest closest planet, he tells me also. These are in his repertoire. We will make posters, he mimes. Ok: WANTED, Lauren’s keys.

I hear the wind in my room as I walk past, barred and banned. It’s furious.

I hear Mati and Soph murmuring. Together, I think, but don’t know, twin hearts, he goes into her room every morning still. I look for toilet paper. Jerome leads a meeting in the office and Paul sits at the dining room table dusting his fossils.